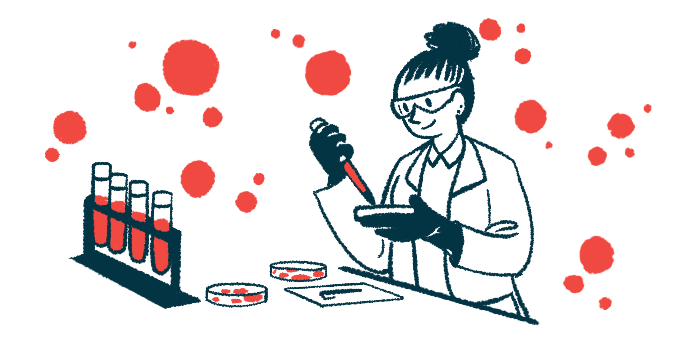 The anti-malaria medication artesunate could be a potential treatment of Sjögren’s syndrome, a study suggested.

The study, “Artesunate suppresses Th17 response via inhibiting IRF4- mediated glycolysis and ameliorates Sjog̈ren’s syndrome,” was published as a letter to the editor in the journal Signal Transduction and Targeted Therapy.

Th17 cells are a set of pro-inflammatory immune cells considered to be drivers of the self-reactive immune attacks on the body’s moisture-producing glands that characterize Sjögren’s syndrome.

Artesunate, an approved first-line treatment for malaria, was previously shown to modulate the balance of harmful Th17 cells in a rodent model of arthritis, another autoimmune condition.

In cell cultures of mouse and human cells, artesunate showed an ability to inhibit the growth and development of Th17 cells.

In a mouse model of induced experimental Sjögren’s syndrome, or ESS, Th17 cells were also dramatically reduced after artesunate treatment, while levels of other immune T-cells fell minimally or were unaffected.

As expected, ESS mice had severe inflammation and tissue loss in the salivary glands, one of the primary targets of Sjögren’s attacks. Artesunate lowered this inflammation and increased saliva production in the animals. It also reduced blood levels of self-reactive antibodies linked to Sjögren’s progression.

Researchers next transplanted immune cells from Sjögren’s patients into mice lacking a functional immune system, which they referred to as a humanized Sjögren’s syndrome model. These mice had decreased saliva secretion and significant salivary gland inflammation, whereas animals given healthy donor cells did not.

Similar to observations in ESS mice, saliva flow rates increased and inflammation eased with artesunate treatment. The infiltration of inflammatory T-cells into salivary glands also diminished, and Th17 levels were reduced in the animals’ salivary glands and spleen.

Researchers next sought to better understand how artesunate might act to inhibit Th17 cells.

They found that Th17 cells from Sjögren’s patients had genetic signatures associated with increased glycolysis — the process by which glucose, or blood sugar, is broken down to produce energy. Specifically, these cells had high levels of Glut1, a protein involved in glucose transport.

In patient cell cultures, artesunate lowered Glut1 levels and inhibited signs of glycolysis. Similar effects were seen in cells from healthy and ESS mice, suggesting artesunate might block this form of energy production in Th17 cells.

Further experiments revealed that artesunate likely inhibits glycolysis in Th17 cells by regulating a protein called IRF4, which is involved in the development of Th17 cells.

When IRF4 was absent in cell cultures, researchers found that fewer signs of glycolysis and no effect with artesunate’s use, suggesting that IRF4 is important for mediating glycolysis.

In the humanized Sjögren’s mouse model, artesunate led to lower IRF4 levels and higher levels of a protein involved in degrading it.

It likely does this by suppressing glycolysis via the degradation of IRF4, they added.

“Taken together, these findings suggest that [artesunate] may serve as a promising therapeutic candidate for treating [primary Sjögren’s syndrome] patients,” the team concluded.